One of my favorite wine-tasting-gone-wrong stories happened a year after starting my blog when I was invited to join a group of women bloggers on a day of vino tasting in the Santa Ynez Valley.

In the tasting room of a winery whose name I won’t mention, the gentleman pouring our wine opened a bottle of Riesling and said, “You girls will love this one because it’s sweet. All Rieslings taste sweet.” True story.

Of course, not all “girls” love sweet wine, and certainly not all Rieslings are sweet. At the risk of making waves in this group I was just getting to know, I decided to very diplomatically note that some Rieslings are in fact dry.

You can guess where that led. Annoyed that I had corrected him, in a condescending tone he argued that ALL Rieslings ARE INDEED sweet. I decided not to ruin the convivial mood and dropped the matter. To prepare you in case you find yourself at the same winery with the same twit pouring your wine, it’s my pleasure–no, it’s my duty–to present the 411 on Riesling. 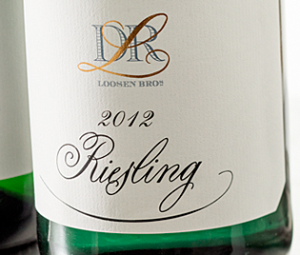 MY ROOTS: According to the Oxford Companion to Wine, the earliest known mention of Riesling was found in Germany’s Rheingau region on an invoice dating back to 1435. The Riesling grape is believed to have originated in Germany, and DNA testing shows that it is an offspring of the grape Gouais Blanc. Noteworthy Riesling is produced in Germany, Austria and  in France’s Alsace region. Riesling  also is made in New World countries including Canada, Australia’s Clare Valley, and in the states of Oregon, Washington, California, and New York’s Finger Lakes region. Riesling vines have hard, resilient wood, which allows them to thrive in cold climates such as New York, Canada and Germany.

ALL ABOUT ME:  Riesling is a white wine that can be made in a variety of styles, from bone dry to sweet. The classic aromatic profile is a heady mix of lychee, white florals, citrus, white peaches and a distinctive petrol or kerosene smell in older wines. Rieslings have low to medium alcohol, rarely exceeding 12.5 percent ABV. This is a wine with a crisp acidity. Cool-weather Rieslings are especially zingy, and in Germany and Canada, some grapes are allowed to freeze on the vine to produce a beautifully sweet Icewine. The sweetness of German Rieslings is ranked according to a classification system that ranges from Kabinett (dry) to Trockenbeerenauslese (super-sweet). In France’s Alsace region, grapes may be harvested late (Vendage Tardive on the label), producing a rich, honeyed wine. Sometimes, but not always, American Rieslings will have “Dry Riesling” on the label if it’s, well, dry. When in doubt, ask your wine merchant or server to be sure.

FOODS I LOVE: Riesling is a versatile wine that pairs with all kinds of foods. Try a sweet or off-dry Riesling with spicy Mexican or Thai food to cool the burn. Rieslings go well with charcuterie plates, roasted duck and mildly salted cheeses. It also works with crab, shrimp or lobster. And Riesling holds the distinction of being one of the few wines that pairs nicely with eggs.

DO TRY THIS AT HOME: Riesling can cost anywhere from $16 to $60 a bottle. See last week’s post for four Finger Lakes Rieslings you may want to try. For Old World Rieslings, you can’t go wrong with Germany’s Dr. Loosen from the Mosel region. And from France’s Alsace region, I enjoyed the 2012 Hubert Meyer Riesling.

What are some of your favorite Rieslings? Don’t be shy–let me hear from you. Enjoy the weekend and as always, ¡Salud!